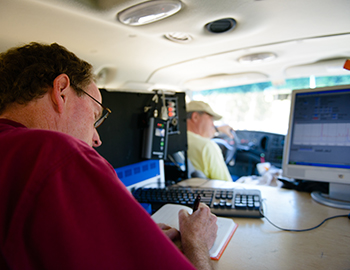 Washington State University researchers found that methane emissions from local natural gas distribution systems in cities and towns throughout the U.S. have decreased in the past 20 years with significant variation by region.

The researchers found that upgrades in metering and regulating stations, changes in pipeline materials, better instruments for detecting pipeline leaks as well as regulatory changes have led to methane emissions that are from 36% to 70% lower than current Environmental Protection Agency estimates when the data gathered for this study is combined with current pipeline miles and the numbers of facilities. The study also showed significant variations by region, with some areas showing higher than average emissions because of large differences in the age and type of pipe in different parts of the U.S.

In this inventory the emission factors based on the new measurements from this study are combined with current data for pipeline miles, number of facilities, and other activity factors to estimate the total emissions for each part of the distribution system. The updated inventory also includes estimates of the upper bound estimate based on the variation in emissions from the measurement data.

The updated inventory is compared to the recent EPA 2011 methane emission inventory which largely uses the emission factors from a 1992 national study together with current activity information.

The comparison shows that emissions in the updated inventory are much less than the current inventory, particularly for metering and regulating stations.

Regional differences across the country in local distribution pipeline systems 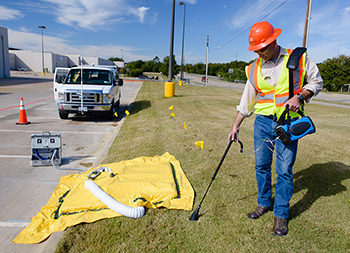 The study provides the most comprehensive set yet of direct measurements of emissions from the distribution system and, with a series of partner studies, is helping to determine the natural gas industry’s contribution to U.S. greenhouse gas emissions and to global warming. It is published online in Environmental Science & Technology (read paper).

The distribution system includes underground natural gas pipelines as well as metering and regulating facilities and customer meters in cities and towns.