The Science Advisory Panel is a group of external scientific experts who provided scientific guidance and feedback throughout the study. Their guidance included looking at the protocols and study plan to ensure the scientific rigor and integrity of the project. They reviewed the final report and data and provided input to ensure the conclusions were consistent with measurements. Dr. Lamb had authority over the content of the Environmental Science & Technology paper and supporting information, how the results are reported, release of the full dataset, and communication about the results.

The panel included the following members: 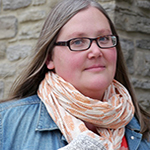 Dr. Townsend-Small’s research examines carbon and nitrogen cycling in marine, freshwater, and terrestrial environments, with an interest in using elemental and isotopic signatures to identify perturbations in these biogeochemical cycles. Her recent work has focused on constraining sources of nitrous oxide and methane using stable isotopes and radiocarbon. This work has shown that urban sources may contribute substantially to regional greenhouse gas emissions budgets. In particular, isotopic measurements of methane in Los Angeles, California indicate that leakage from natural gas pipelines and other fossil fuel sources is the dominant source of methane in the region. She holds a BA in Biology and English from Skidmore College, a PhD in Marine Science from the University of Texas at Austin, and worked as a research scientist for several years in the Department of Earth System Science at the University of California, Irvine.

Special Assistant to the Director for Greenhouse Gas Measurements, National Institute of Standards and Technology 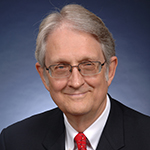 In mid-2009, Dr. Whetstone was designated by the NIST Director to manage NIST’s newly established Greenhouse Gas and Climate Science Measurement program. This program seeks to advance the measurement science, measurements, and standards pertinent to the areas of climate change and greenhouse gas measurements. For approximately 10 years prior to his current appointment, Dr. Whetstone was Chief of NIST’s Process Measurements Division, responsible for research ranging from advances in contact and remote sensing technologies to development of new approaches to the realization of measurement standards for temperature, pressure, relative humidity, and flowrate. Dr. Whetstone received his Bachelor of Science Degree in Physics and Mathematics from Texas Western College, now the University of Texas at El Paso, in 1965 and his Ph. D. in Physics from Vanderbilt University in 1972 in high energy particle interactions. He then joined the National Bureau of Standards, now NIST, and has worked there since. He has contributed to various measurements and standards areas including length measurement standards through early developments in frequency-stabilized laser technology and measurements and standards for mass and fluid density, fluid flow rate, and moisture in gases. He has lead projects in areas ranging from research in low temperature plasma and semiconductor processing technologies to development of reference data for fluid metering systems used widely both nationally and internationally.

Dr. Kolb has extensive experience in atmospheric and environmental chemistry, combustion chemistry and the chemistry and physics of rocket and aircraft exhaust plumes. He has authored or coauthored over 200 peer reviewed journal articles and book chapters on these and related topics, including gas-phase and heterogeneous (gas-surface) chemical kinetics, quantitative trace gas spectroscopy and computer simulations of chemically reacting systems. He initiated ARI’s efforts to develop advanced laser spectroscopy and mass spectrometry sensors for atmospheric trace gases and aerosol particles, which are widely used to measure ambient concentrations and emission/deposition fluxes of atmospheric pollutants. He earned a S.B. degree in chemistry from MIT and M.A. and Ph.D. degrees in physical chemistry from Princeton University. He has served on numerous government and National Academy of Sciences/National Research Council boards and committees; and was recognized as a National Associate of the National Academies in 2003 and elected to the National Academy of Engineering in 2013. 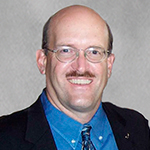 Matthew Harrison is a graduate of the University of Texas and started his career with Exxon in Baytown, Texas. He has over 28 years of experience spanning from chemical and petroleum operations management to air quality and regulatory compliance. Matt’s group at URS in Austin specializes in emission inventory projects, including greenhouse gas (GHG) emissions inventory and protocol development, regulatory compliance, and emission reduction strategies. Through his seminal work on greenhouse gas emission issues in the 1990’s, he has developed initial national inventories and policies for industry and regulatory forums. Matt has provided technical services to many companies in the energy sector in the U.S., Canada, and Europe. He has recently led new field research on upstream methane emissions.