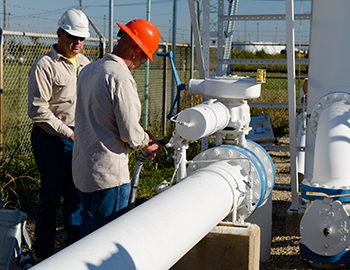 The study provides the most comprehensive set of direct measurements yet of emissions from the distribution system. With a series of partner studies, it is helping to determine the natural gas industry’s contribution to U.S. greenhouse gas emissions and to global warming.

In a paper published online in Environmental Science & Technology, the research team found that methane emissions from local natural gas distribution systems in cities and towns throughout the U.S. have decreased in the past 20 years with significant variation by region. The researchers found that upgrades in metering and regulating stations, changes in pipeline materials, better instruments for detecting pipeline leaks as well as regulatory changes have led to methane emissions that are from 36% to 70% lower than current Environmental Protection Agency estimates when the data gathered for this study is combined with current pipeline miles and the numbers of facilities. The study also showed significant variations by region, with some areas showing higher than average emissions because of large differences in the age and type of pipe in different parts of the U.S.

The work was led by Regents Professor Brian Lamb and conducted with coordination and support from major natural gas utilities, the Environmental Defense Fund (EDF) and Conestoga-Rovers and Associates, an engineering and environmental consulting firm.

The distribution system includes underground natural gas pipelines as well as metering and regulating facilities and customer meters in cities and towns.

Natural gas, which is mostly methane, produces less carbon dioxide than oil or coal. But when unburned methane is released into the atmosphere, it is a potent greenhouse gas with a warming potential 28 to 34 times greater than carbon dioxide over a 100-year timeframe (and up to 84 times more potent over a 20 year timeframe). Depending on how much is emitted from the natural gas supply chain, methane could offset the benefit of using natural gas to reduce carbon dioxide emissions.

The researchers estimate that methane emissions from the distribution system range from approximately 393 to 854 gigagrams per year, which is between 0.1 and 0.2 percent of the methane delivered nationwide or equivalent to the annual greenhouse gas emissions of about seven million vehicles.

The higher EPA estimates of 1329 gigagrams are based largely on previous emission measurements from a national study in the early 1990s in which Lamb and his colleagues also participated.

Lamb’s methane emissions project is part of a group of ongoing studies that are looking at the entire natural gas supply chain, from the production wells to the transmission pipeline system to local distribution systems. EPA inventory data suggests that emissions from local distribution systems are thought to make up approximately 20 percent of the total from the entire natural gas supply chain. The study was done in coordination with major natural gas utilities and the Environmental Defense Fund.

More Than 400 Measurements and Revisiting Sites From Previous Studies 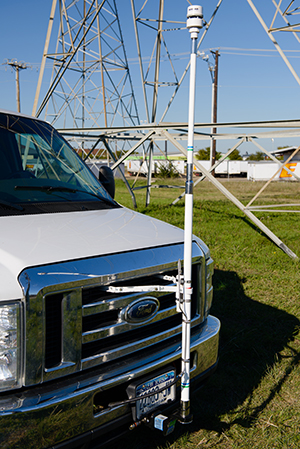 As part of the study, the research team carefully selected numerous sites in various regions around the country that met specific criteria to ensure a comprehensive and representative dataset. The researchers took direct emissions measurements of 230 randomly selected, representative leaks from underground pipelines as well as at 229 metering and regulating stations where natural gas is measured and regulated from higher pressure pipelines to lower pressure distribution pipelines.

The researchers found dramatically lower emissions, particularly, at metering and regulating stations. In fact, because of the significant differences they saw from the early 1990’s data, the researchers revisited nine sites from the previous study and measured 10 times fewer emissions than 20 years ago. The researchers also measured reductions in emissions from individual pipeline leaks as compared to earlier studies. The improvements are the result of both regulatory changes and increased investment in leak prevention by utilities.

Lamb was surprised by the findings, even as distribution system pipeline mileage has increased approximately 44 percent since the 1990s. He attributes the decreased emissions at metering facilities to large changes in equipment and better inspection and maintenance. In recent years, new federal rules have required gas companies to report their greenhouse gas emissions, which may have contributed to improved maintenance at the facilities. In addition, many states have adopted requirements and policies for utilities to replace older leakier pipes with plastic and protected steel pipes.

Significant regional variations were observed, with the eastern region of the United States accounting for more than a third of the total U.S. emissions from pipeline leaks, and the western region, where systems are newer, contributing less than five percent of total emissions.

The group also used different methods than in the previous study, which Lamb believes results in a more accurate assessment of the actual emissions.

In the 1990s study, researchers measured pipeline leaks by digging down to a pipeline, isolating a leaking section, measuring the emissions, and then subtracting the methane emissions that would have been lost in the soil via soil oxidation. Lamb’s group directly measured pipeline leaks on the surface, getting a better indication of exactly how much is being leaked to the atmosphere.

The researchers made twice as many measurements as in the previous study and carefully checked their results with back-up methods.